Pierre Delecto has been a member of Twitter since 2011. Since joining, the account had only accrued ten followers until this past Sunday, when Ashley Feinberg outed the owner of @qaws9876 as Utah State Senator Mitt Romney. 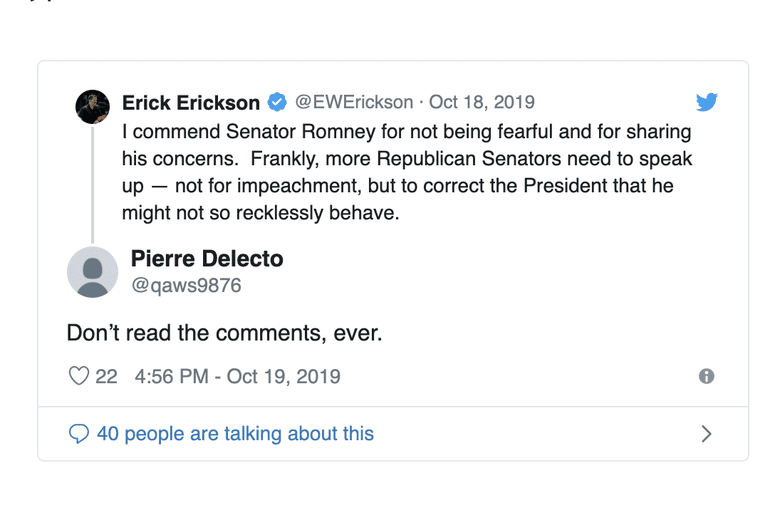 Masquerading as Delecto, Romney followed his own family, several Romney superfan accounts, as well as journalists who were on the Romney beat during the 2012 election.

Romney used the account to defend himself against criticism, speaking in the third person as Pierre Delecto so as not to give himself away. Feinberg, a reporter for Slate, went hunting for the account after it was briefly mentioned during an Atlantic profile published over the weekend. 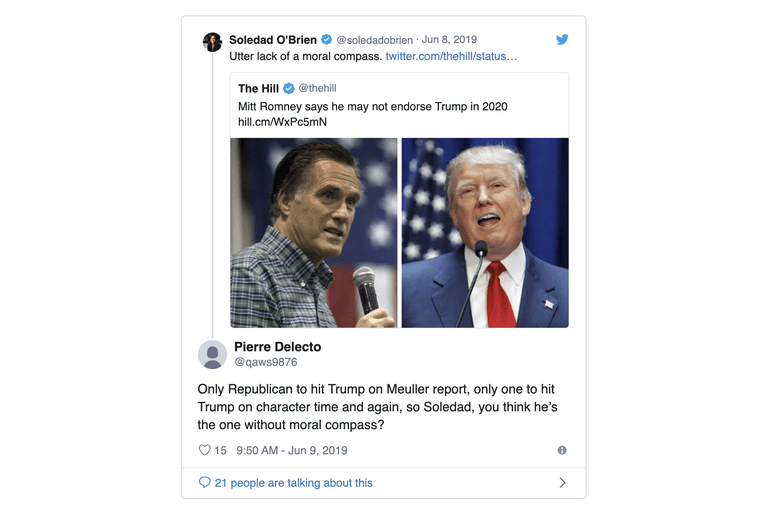 The Atlantic reporter, McKay Coppins, said that Romney “explained that he uses a secret Twitter account — ‘What do they call me, a lurker?’ — to keep tabs on the political conversation.”

On a follow-up call with Romney, Coppins added that Romney revealed he was Pierre Delecto once and for all: “C’est moi.” 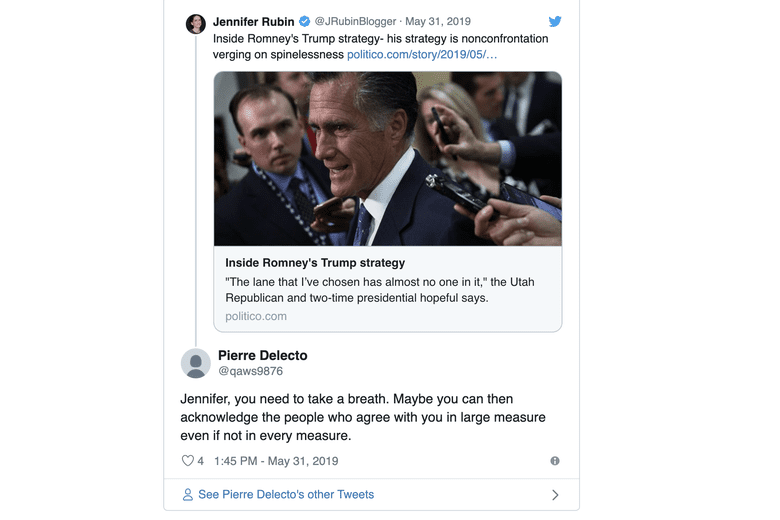 The account’s most recent tweet was dated this past Saturday, when Delecto responded to Erick Erickson’s championing of Romney for taking a public stand against President Trump, who once called him a “pompous ass” and insisted upon his impeachment, despite the fact that senators cannot be impeached.