A toddler was found sleeping on a porch of a home in New York this week amid an intense search for his missing parents. 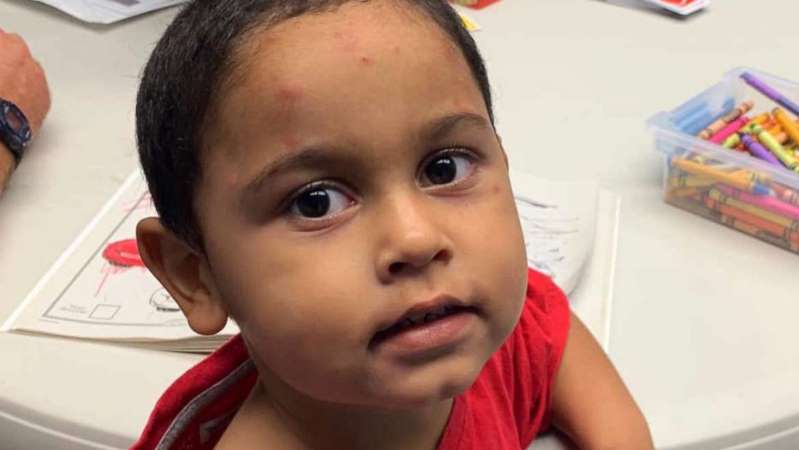 Three-year-old Noelvin was found early Monday morning on a porch in Buffalo, NY, nearly 1,200 miles from his home near Orlando, Florida.

“The child is in good spirits.” Noelvin is currently in custody of CPS and they are in contact with his grandparents to work on reuniting him with his parents.

The woman who found the toddler said he told her that his family’s car was on fire, investigators said. Police found a charred vehicle in a wooded area nearby later that night with evidence of human remains inside, but they said it’s too early to say if the cases are related.

After making contact with the child’s grandparents, police said he may have been on a road trip with his parents and a family friend. The young boy’s family said they didn’t know his parents had planned to go out of town, but it wasn’t an unusual occurrence.