A young man by the name of Brandon Santulli was up for an Executive Assistant interview with WayUp’s CEO. It was one of the biggest opportunities of his young life and he wasn’t going to waste it. During the interview, Santulli had mismatched socks. But this wasn’t a big blunder on his part; this was done on purpose and could very well have been responsible for getting him the job. 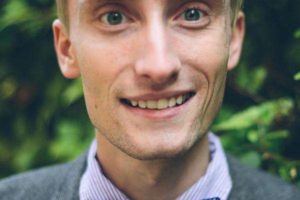 Santulli was determined to make a good impression of Liz Wessel, the CEO of WayUp. One of the things he did was to learn as much as Wessel as possible. So he searched the internet on anything and everything about Wessel and read dozens of articles and listened to podcasts. What he found out was two seemingly random facts about the CEO. She never wore matching socks, and she studied Japanese. On the day of the interview, he asked Wessel a question after the typical questions had been asked. He asked if she still wore mismatched socks every day. She said: “I do. Great research.” Santulli thanked her then showed off his own mismatched pair he wore to the interview.Â  It goes without saying, Santulli got the job. 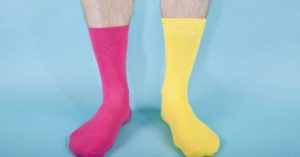 “I was incredibly surprised, but immensely impressed by the research he must have done,” says Wessel. “This ‘sock stint’ showed me that Brandon did in-depth research before coming in â€” not just a quick Google search â€” and that he was so enthusiastic about landing the job that he even showed it with his outfit choice.”

“I was ecstatic, and thrilled to see that my in-depth interview prep had paid off,” says Santulli when he found out he was hired, “To make a lasting impression â€” especially as a new grad with limited work experience â€” you need to differentiate yourself outside of work experience, which I was able to do!”