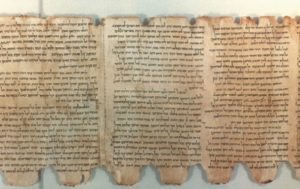 The Dead Sea Scrolls were discovered in eleven caves along the northwest shore of the Dead Sea between 1947 and 1956. The scrolls includeÂ the oldest group of manuscripts from the Bible’s Old Testament ever found. These ancient scrolls date betweenÂ 408Â BCÂ to 318 AD, and are the closest artifacts we have to the birth of Christianity.

The Gate of the Sun 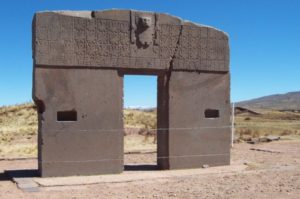 The Gate of the Sun in Western Bolivia dates back to 14,000 BC. When archaeologists found the gate back in the 19th century, it was lying on its side with a crack running through it. While the intended use is unknown, conspiracy theorists have said the gate was a portal to another dimension.