As children, many of us dreamed of finding buried treasure, a dinosaur fossil, or something magical, but in reality, the things we dug up in our backyard were more often than not just forgotten tins cans and glass bottles circa 2000.

To us, working as an archaeologist then seemed like a glorified version of what we were doing in our yards at 10 and 11 years old, and in a way, it sort of is. However, with loads of education and evidence, when an archaeologist begins an excavation, the results can be pretty remarkable. Here, we’ve put together a list of the most bizarre and inexplicable findings of all time, some will even make you wonder if they’re in fact from this world… 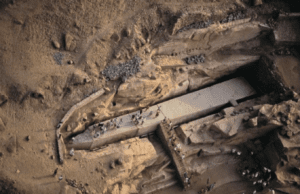 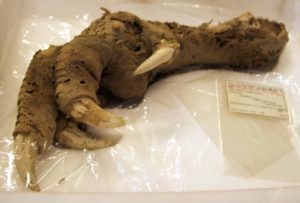 Nearly three decades ago, archaeologists discovered an enormous, dinosaur-like claw still intact with flesh and scaly skin in a cave in New Zealand. The mysterious claw was found to be the 3,300-year-old mummified remains of an upland Moa, a large prehistoric bird. The claw was so well preserved, that there’s even been talk of cloning its DNA.