When the hurricane Irma passed the southern states of the United Sates, it devastated a lot of homes and families. Among them were the houses of more than 70 foster kids. These children had spent at least five days in an emergency shelter waiting for the storm to subside. But after the storm had passed, they went home and realized that they had no power. But thankfully, Marc Bell was there to help out. 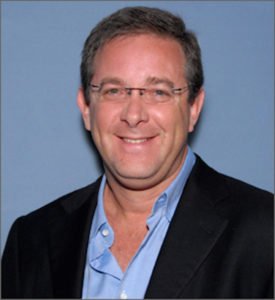 Marc Bell is a millionaire and board member of the foster care community that takes care of the children. Bell voluntarily offered his house as a place for the kids to stay. And they didn’t have to share the cramped space either. Bell lives in a $30 million, 27,000 square foot mansion. There is also a pool, air hockey and arcade games, and a Star Trek themed home theater. The kids are having such a good time, that they might be disappointed when it’s time to leave the mansion for their own houses. 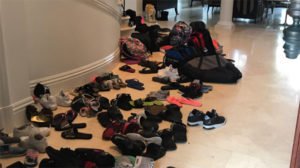 “At noon yesterday, we got a phone call from the SOS Children’s Village Florida saying we need help,” Marc Bell said. “We’ve been evicted from our shelters and we don’t know where to bring the kids, and we’re not getting any help from the county what do I do? And I said bring them here. Today, we had manicures for the little girls. We got Bobby the balloon guy coming later to entertain them. Yesterday during dinner, we had a singer come who plays guitar and sang songs with them.”

“To have these kids feel welcomed and to just feel comfortable, as a mom it just makes you feel like you’re doing something good,”, said Jennifer, Bell’s wife, “It’s knowing that later on these kids are going to look back and they’re going to want to help someone else.”