Milkshake Shipped Across US for Terminal Patient’s Last Wish

A restaurant in Cleveland Heights, Ohio fulfilled the last wish of a dying woman by shipping one of their milkshakes across country overnight. The request came from Emily Pomeranz, who is currently in Virginia battling pancreatic cancer. She was a Cleveland Heights native and wanted to have a mocha milkshake from her favorite restaurant before she passed. 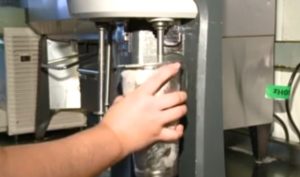 The eatery, Tommy’s Restaurant, has been serving its special milkshakes for the past 50 years, but this was the first time they received this kind of request. According to Tommy Fello, the owner of the restaurant, he wasn’t sure that he was able to do this special favor for Emily, but he would try. Fello packed the milkshake in dry ice to keep it from melting and paid the $123 overnight shipping fee to send the beverage 370 miles to the hospice where Pomeranz was being treated in Arlington, Virginia. 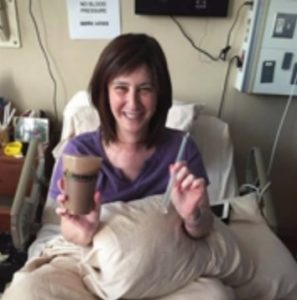 “As she was doing her swan song as she liked to say, I said, ‘Hey, is there anything you’re going to miss in terms of food”?’ and she said ‘What I would do right now for a Tommy’s mocha milkshake,'” explained her friend Sam Klein. That’s when Klein contacted Fello and requested the milkshake to be shipped to Emily. Fello said that the story of Emily touched him so much and he was happy to be able to do something for a dying woman. The drink reached Emily’s bedside four days before she passed away.

“She leaves behind a treasure trove of memories; a legacy of laughter, joy and caring; grieving family and friends,” Klein posted on Facebook. “But, she was able to fulfill her wish of one last Tommy’s milkshake thanks to the caring and good heartedness of Tommy at Tommy’s.”