In a recent swimming race, Olympic Gold medalist Michael Phelps took on a swimmer that he just could not beat. That was because his opponent was a 20-foot Great white shark. The American swimmer raced a shark in an event hosted by the Discovery Channel to officially kick off Shark Week. The event wast officially called “Phelps Vs Shark: Great Gold vs. Great White”. 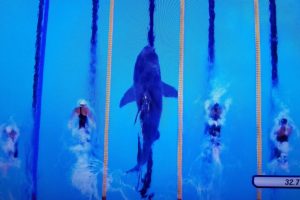 The race was held between the 32-year old swimmer and a Great White Shark across a length of 100 meters in water. Obviously, the shark could not be placed in a pool and neither could Phelps be placed in the open water with the large predator. Instead, shark trainers forced a shark to chase prey for the distance of the race then calculated the speed over the distance covered. Then that time was used as a clock for the Olympic swimmer to beat. 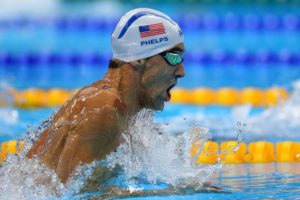 To make things interesting for the viewers at home, the footage of the shark on its own run was superimposed into the water while Phelps swam in the water beside it. It was a quirky bit of CGI that made the race a little more interesting for all the viewers that tuned in. But even against the best human swimmer on the planet, there was still no competition. The shark beat Phelps by two seconds. Its time was 36.10 seconds compared to Phelps’ time of 38.10 seconds. But the defeat was always expected. Great white sharks can swim an average of 25 mph on water, which way faster than the average swimmer’s speed of just 6 mph.