Everyone who watches professional boxing is familiar with Michael Buffer. Buffer and his signature baritone voice has been a fixture in announcing boxers and the results of the most significant bouts in the past 20-30 years. Buffer is usually very precise and professional in his work. But in this recent fight in California, he had a Steve Harvey moment, when he almost announced the wrong winner to a fight. 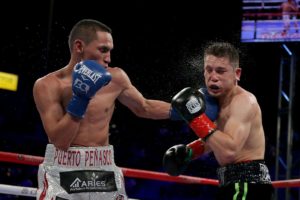 The fight was between Mexicans Juan Francisco Estrada and Carlos Cuadras for the WBC superflyweight division last week. After the fight, the judges deemed Estrada as the winner, but when it came time to announce the victor, Buffer started to announce Carlos to the celebration of the Caudras camp, but then he continued and announced Estrada’s last name. This brought about a lot of confusion to both sides of the fight. Eventually, Buffer regrouped and finally said that it was Juan Francisco Estrada that won the fight via unanimous decision. 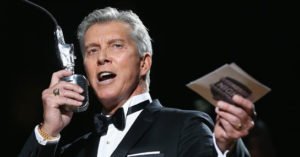 Cuadras had a record of 27-2-1 before the title fight, while Estrada had a record of 36-2. Caurdras started aggressive early in the fight, but Estrada fought his way back in the later rounds. The blunder almost took over the narrative of a great bout between two great fighters. The winner of this fight has a chance for another title shot in the near future. All three judges scored the bout 114-113 in favor of Cuadras. The announcement was also compared to last year’s Academy Awards where the wrong winner was declared for best picture.