Megan Rapinoe Does Not Want to Visit The White House

Megan Rapinoe could not make it any more clear, but just for good measure, she doesn’t want to go to the White House. Though the player is part of the US Women’s National Team and is dominating the World Cup, she has no interest in celebrating with President Trump.

“I’m not going to the fucking White House.” – @mPinoe pic.twitter.com/sz1ADG2WdT

Rapinoe has stated that she supports many causes. Trump’s problematic record with these causes, such as LGBTQ issues, sexual harassment, immigration, sexual assault, and more have made Rapinoe reluctant to pay him a visit. “I am not going to fake it,” she said, “[he] is clearly against so many of the things that I am [for] and so many of the things that I actually am.” 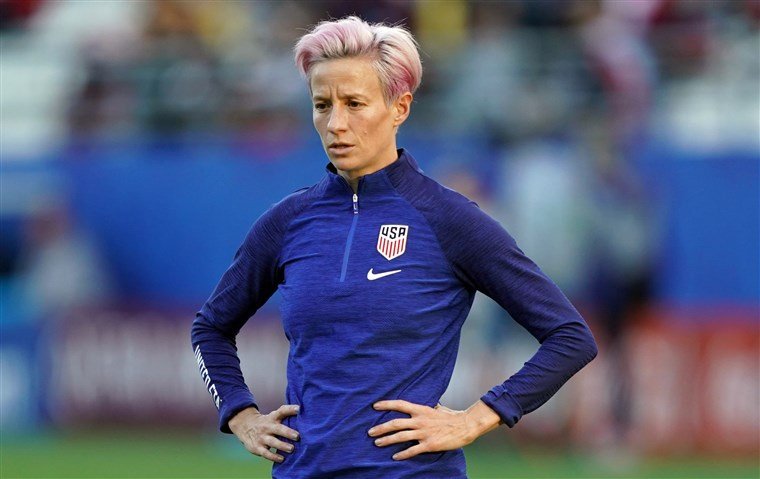 Though this sentiment was revealed in a Sports Illustrated article last May, the viral video reconfirms her stance. Until she feels the issues are properly represented, she won’t visit the White House. Following this, Trump tweeted his dissatisfaction with Megan’s response.

….in our Country’s history, and the poverty index is also best number EVER), leagues and teams love coming to the White House. I am a big fan of the American Team, and Women’s Soccer, but Megan should WIN first before she TALKS! Finish the job! We haven’t yet….

Despite these tweets, Rapinoe remains firm in her refusal to visit the White House in the wake of the US National Teams success in the World Cup. “I don’t think that I would want to go,” says Rapinoe. “I would encourage my teammates to think hard about lending that platform or having that co-opted by an administration that doesn’t feel the same way and fight for the same things we fight for.”