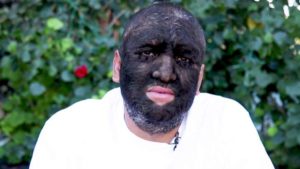 “Being one of the hairiest guys in the world makes me special and I’m famous too,” Gomez, aka Wolf Man, said, “Not many people in the world have this condition â€” I believe six or eight people â€” and I am the hairiest one.”

The excess hair on Gomez’s body is caused by a rare genetic disorder called hypertrichosis. This condition affects less than 100 people in the entire world. It is a condition that also affects some of his family members, although women with the condition have slightly less and finer hair. Gomez says he gets a haircut at least once a month, but the hair grows back just as fast and just as thick. 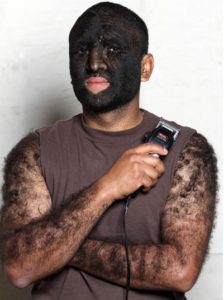 Gomez explained that when he was younger, he was bullied because of his looks. It was a trying time, but he has since accepted his excess hair, especially after his recent marriage. He says he has learned to live with it because he has it and there is no other way to look at it. Recently, Gomez was even profiled by a filmmaker for a YouTube channel video.

“He’s a very nice man and loves to make jokes. I can tell he’s a very caring person and a real family man. Wolf Man’s outlook on life is very positive and inspirational â€“ life is hard, but you have to make the best of it each and every day.” Says filmmaker Travis Hoefle.