Earlier this week, a village in Norway celebrated a local festival that involved playing musical instruments. Several horns and musical instruments have been used to create a warming mood for an audience that braved the -24 degree Celsius temperatures. But it was worth it to see these musicians as the instruments that they were playing were completely made of ice. 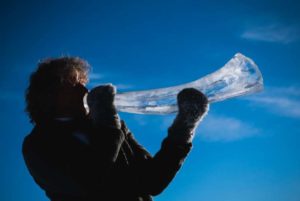 Musical instruments such as xylophones, claves, and other wind instruments were carved from ice extracted from a frozen lake. The instruments had to be carved with great detail to make sure that the sound would come out just right. While they were able to play a tune with these ice instruments, the only problem is that the longer the musicians play, the faster the instruments started to melt. 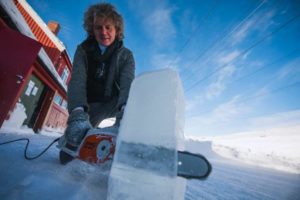 But it is all part of the unique experience of the 13th Ice Music Festival held in the mountain village of Finse, in Norway. It is found around 121 miles west of Oslo. Terje Lsungset, the founder and artistic director of the Ice Music Festival, has been used to the limited time that the instruments work, especially with warm air being blown through them. He said it adds to the magic and mystique of the festival.

The festival is held between February 2 and 3 inside an igloo made exclusively from ice. Several people wearing multiple layers to protect them from the freezing mountain weather sit on ice benches while cheering for the music of the ice instruments and enjoying the warmth of the company.