Gorongosa National Park has been called the “Serengeti of the south” for its complex ecosystem, diversity of plants, and the myriad of animals. Sitting on 4,000 square kilometers in the Great Rift Valley, the park has adopted a modern conservation model in order to stay afloat and keep its wildlife heightened. Conservation, community, science and sustainable tourism are the foundations of this park, and Dominique Gonçalves is leading the charge.

As the park's Elephant Ecology Project manager, she keeps track of the 500 mystical African elephants that inhabit the area. She also follows and manages the human-elephant conflict in the zone immediately outside of the park. She feels an empathetic emotion for these creatures.

"These are survivors,” Dominique said in an interview with National Geographic abooout the elephants living in Gorongosa. "These are the ones who saw their families being slaughtered. Of course, they are traumatized. They do not tolerate vehicles and our presence that well." 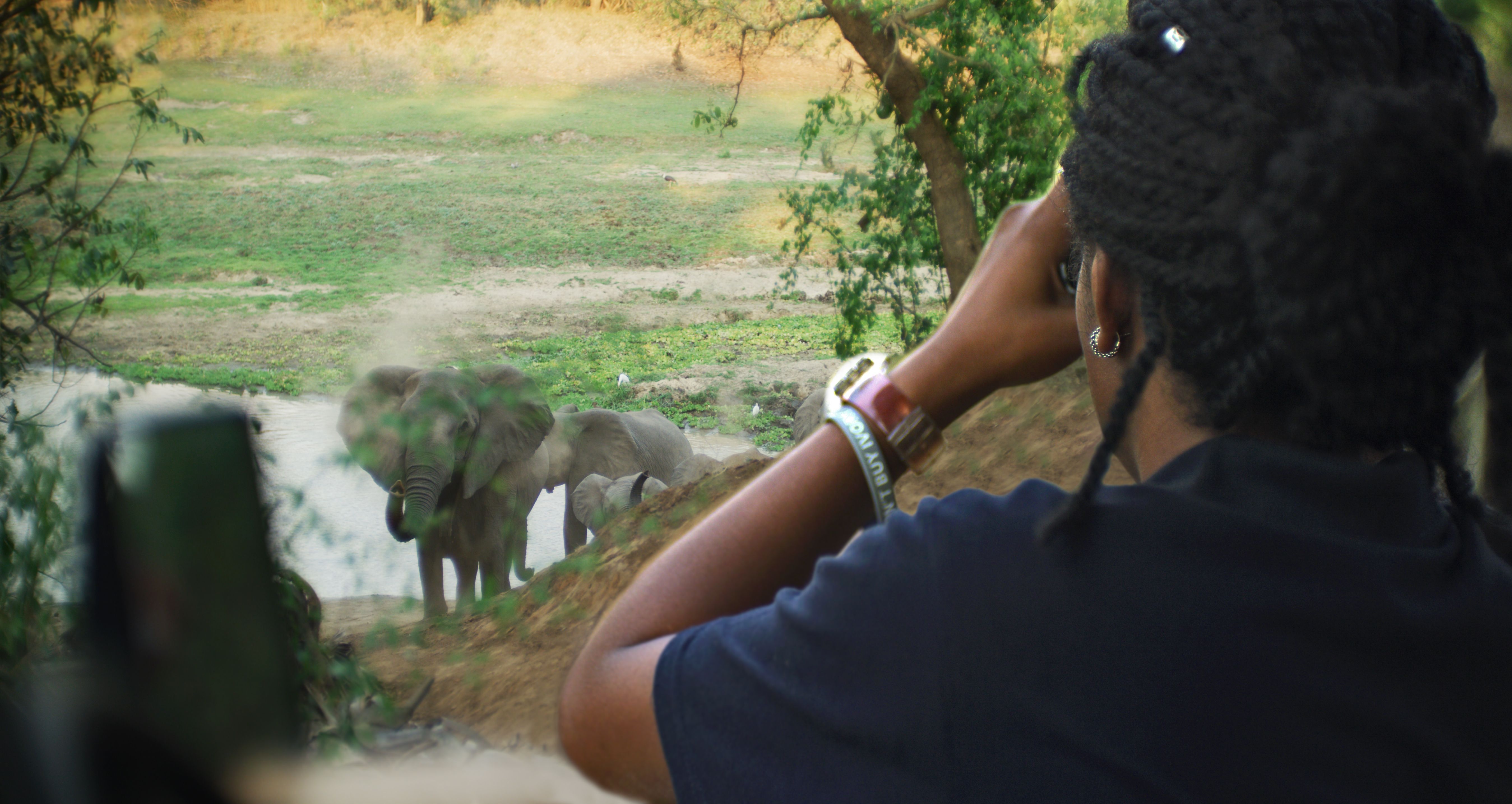 "I think the biggest thing that connects me with elephants is their empathy, their sense of place and family, it's very strong," said the activist in the same interview, "They do anything to protect their family, especially the matriarchs and the females. They feel for the ones that are not there anymore."

After 30 years of ivory hunting, the number of elephants in the area have plummeted from just over 2,500 to about 300. With women like Dominique at the forefront of saving the creatures though, they're sure to make a comeback.