Earlier this week, outspoken Dallas Mavericks owner Mark Cuban voluntarily loaned the team’s own private plane to one of his players, J.J. Barea. The plane was to be used to transport food, water, and supplies to the native land of Barea, Puerto Rico, as it recovers from the devastation of the Hurricane Maria. The 6-foot point guard Barea is currently the only player in the NBA from the country of Puerto Rico. 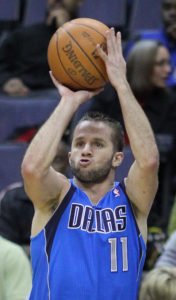 Barea left the country late Monday afternoon, but he promised to return later on this week to be present during the first day of the Mavericks training camp. Aside from providing supplies, Bare and his wife, Puerto Rican actress Viviana Ortiz, also organized an online fundraiser. The storm Maria was a category 4 hurricane and devastated the island nation. Puerto Rico is now suffering from flooding and the entire country is said to have no power or phone service for at least a couple of months. So far, Barea has generated more than $140,000 from his fundraiser. 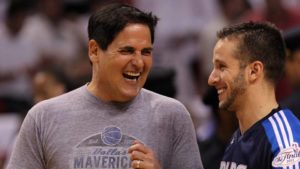 “That’s a situation that he’s got to take care of,” coach Rick Carlisle said. “Mark gave him our team plane. They loaded up a bunch of stuff, supplies, etc., to take over to Puerto Rico, and they’re going to turn around and come back. He’s going to take his mom and grandmother back with him, and my understanding is his dad is going to stay over there and slug it out with all of the recovery efforts.”

Barea is a 12-year veteran in the NBA. He started his career with the Dallas Mavericks in 2006 and won a Championship with the team in 2011. He left to play for Minnesota for three years, but has returned to play the last three years with Dallas. Barea was once described as the Puerto Rican Allen Iverson.