Earlier this week, a British mathematician by the name of Sir Michael Atiyah claimed that he was able to solve a 160-year old problem. Atiyah has already won the Fields Medal and the Abel Prize in his career. He claims to have solved the Riemann Hypothesis, one of the seven math problems that can win you a prize of a million dollars, from the Clay Mathematics Institute, if you can solve it. 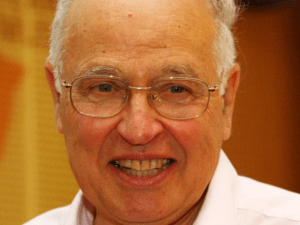 But before Atiyah can be given the recognition, and the money, his solution will need to be checked and reviewed by his peers. Atiyah took the stage at the Heidelberg Laureate Forum in Germany to present his work. To solve the problem, you need to find a way to predict the occurrence of every prime number. This can be difficult because prime numbers are historically regarded as randomly distributed.

The Riemann hypothesis was first posited in 1859 by Bernhard Riemann. It attempts to solve and old question of finding a pattern for prime numbers and proving that the numbers are not just random. 10,000,000,000,000 prime numbers have been checked and are consistent with the equation, but there is no proof that all primes follow the pattern. 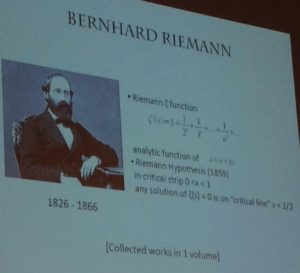 Atiyah says he is using a radically new approach to the hypothesis, and from his explanation and solution, he thinks that he has done it. Atiyah also said in his lecture that he used work from Friedrich Hirzebruch and John von Neumann to help solve the problem.