Last week, Barcelona FC defender Javier Mascherano left the famous Spanish club for Hebei China Fortune of the CSL or the Chinese Super League. Mascherano got the customary nickname given by the Chinese fans. He was dubbed “Pony Brother”. This was because of the first two letters of his name Ma, which is the Chinese word for the pony. 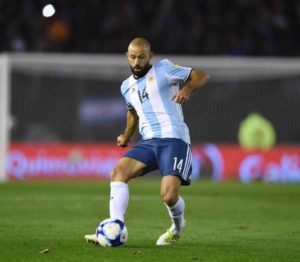 The 33-year old Mascherano is not the first player to receive such a silly nickname from the Chinese fans. In fact, some would call his nickname fortunate. Just a few weeks ago, Carlos Tevez was named as “Very Homesick Boy”. This term was coined by fans as a play on how his surname was pronounced in China, but also because of how he had such a hard time settling in China. In fact, Tevez is known for not staying long in any club throughout his career. Tevez returned to Boca Juniors after a disastrous year at Shanghai Shenhua. 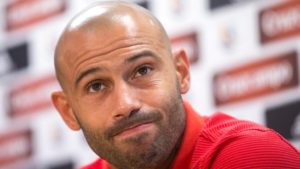 But Mascherano, who actually played with Tevez at Corinthians and West Ham Unived, makes the move to the CSL with a better reputation. The defender has made a name for himself over the past few years being a solid player for Barcelona. Mascherano, who plays for the northern region of Hebei, was announced earlier this week along with his nickname. “He is famed for his iron-blood style and his forever tireless running. He is loved by his teammates and fans and has a loving nickname as ‘Pony Brother’.” said the club in a statement.

Mascherano is not the only foreign sports star to earn an animal inspired nickname. The popular tennis player Roger Federer, who recently won his 20th Grand Slam last week, is known throughout the country as “Cow”. This is in reference to his cool and laid-back personality, which some have connected to the animal. Chinese sports fans will usually come up with a nickname for foreign athletes because it is easier than trying to pronounce their real names.