It may sound like a joke, but a plane that was full of plumbers was forced to go back to an airport because of a problem regarding its toilet. A Norwegian flight DY1156 took off from Oslo Gadermoen at 9:34 in the morning of January 27 on its way to Munich. But the plane got as far as the Swedish border before it was forced to turn back, circling four times over Hedmark to get rid of excess fuel before finally returning to Oslo. 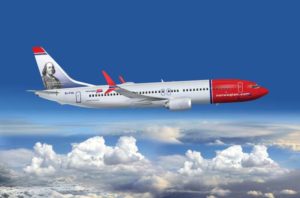 According to Fatima Elkadi, the communications advisor of the airport, the flight was aborted because of a problem with the toilets onboard. The irony is that most of the passengers on board were plumbers from the RÃ¸rkjÃ¸p plumbing company. A problem with the toilet can lead to problems with the cabin pressure of a plane.

“It is true that DY1156, which was to fly from Oslo to Munich, had to return to Oslo again when they found an issue with the toilets on board,” said Elkadi. RÃ¸rkjÃ¸p CEO Frank Olsen said he would have wanted to let his employees have a crack at solving the problem, but it was prevented by a technicality. 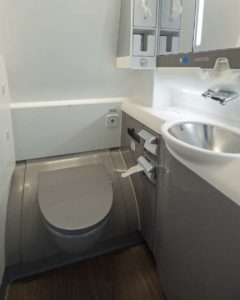 “We would have liked to fix the restrooms, but unfortunately it had to be done from the outside and we didn’t risk sending a plumber to work at 10,000m,” said Olsen. “There was a good atmosphere in the plane, what with the irony about the broken toilets.” Eventually the plane landed at Gardermoen and the problem with the toilet was fixed. The flight took off soon after landing and arrived at Munich at around 12 pm.