Last week, Paul Kuharevics thought he was going to have an unlucky day. That was because his flight home at Chicago’s O’Hare Airport was canceled. He had to change his entire schedule and find another way to get home. But because of the events that transpired following the cancelled flight, he ended up being one of the luckiest men in the planet when he won the lottery for $1 million. 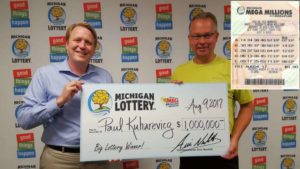 “I was on my way home from a business trip and my flight out of O’Hare was canceled, so I rented a car and drove home,” said Kuharevicz, “When I got home, I realized I had left my bike at work and went to pick it up. On my way there, I stopped at Ladd’s and bought a ticket. The next morning, my son sent me a text and told me to check my ticket because someone had won $1 million on a ticket bought at Ladd’s.” 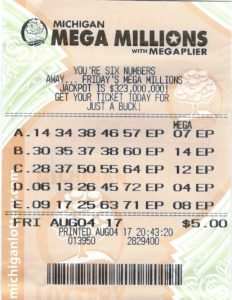 When Kuharevicz checked his ticket, he found out that he was indeed the winner of the grand prize. One of the first things he did was to fulfill a promise he made to his wife a long time ago. He promised her that one day, she would no longer have to work. Kuharevicz says that his wife has been a teacher for 28 years, but because of the good fortune, next year will be her last year teaching. Kuharevicz says that he is going to use the money to pay off his home, then buy a new bike, and invest the rest of the money.