Man Wears the Same Shirt to School Photo for 7 Years

When Justin Taylor was in school, he took the school picture wearing the same shirt from the 6th grade, all the way to the 12th grade. The famed shirt is a dark blue Billabong shirt that was popular at the time because of the surf culture in California. . The school pictures were recently posted by Taylor on twitter and has since gone viral. The post has more than 30,000 like and over 7,000 retweets.Â The 34-year old Taylor says he still has that shirt, and he can still fit into it 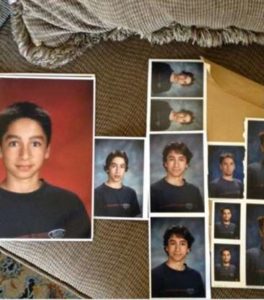 Taylor said that at that point in his young life he was always thinking of weird things to do. The first photo was just by chance, and the next year he hadn’t realized that he wore the same shirt. By the third year, Taylor had decided to make it a tradition and wear the same shirt to the school photo day for the next few years. He would be in the 12th grade when he finally retired his favorite shirt. 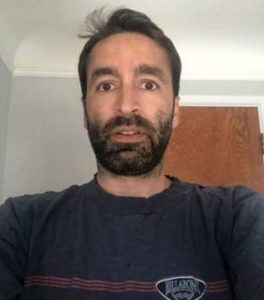 “I grew up in a small surf town,” Taylor said, “All the cool kids were into surfing. I wanted all the cool surf clothes and my parents weren’t able to afford constantly buying them. My parents went out and got me a couple of cool shirts and I wore one of them in my yearbook photo. My parents were annoyed in the beginning because they were like, ‘Why are we going to pay for the same photo?’ But it’s very typical me. I just thought it was something to do. I was a weird kid.”