The Thunder Bay’s Homeless Shelter in Ontario, Canada was about to close one of its programs when it suddenly received a generous donation of $10,000 from a former homeless resident. The donor was a formerly one of the people who would benefit from the shelter’s outreach program and was fed and housed by the shelter for many nights. The donor, who asked to remain anonymous, said he donated the money to help his friends stay safe. 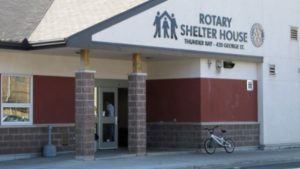 Alexandra Calderon, a staff member at the shelter said that the donor had been coming to the shelter for a little over five years. Although the man was no longer homeless, he was far from rich and was accompanied to the shelter by a support worker. It was said that the man still makes use of some of the shelter’s services. The man made the donation after he heard that the shelter was in danger of shutting down its outreach program. The program helps homeless people and other at-risk people to a shelter, a hospital, or a detox clinic. 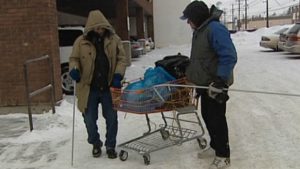 “It was incredibly moving,” said Calderon, “I mean, I’m very passionate about the work we do here at Shelter House, but it just takes it to a whole new level. I was without words, we were all in tears … we were so grateful.” The large donation has inspired others from all over the world. So far the shelter has received more than $15,000 since the story of the anonymous donation was released. The shelter has raised over $75,000 that will go into improving their program and keeping it running.