A man from Australia recently revealed that he wears six-inch stiletto heels to work every day. Ashley Maxwell-Lam just one day decided to change his shoes after one of his female coworkers told him that wearing heels made her feel empowered. And so this project manager for a bank started to wear stiletto heels to work every day. He now owns nine pairs, including five sparkly pairs for going out at night. 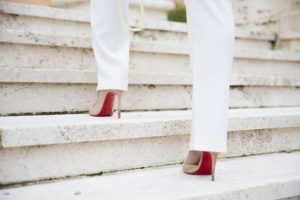 “When I decided to wear them at work, I told my (manager) and she said, ‘Let me just confirm that’s OK.’ It was her making sure I wouldn’t get in trouble, but I replied, ‘This is not me asking, this is not a request, this is me telling you I’m going to be wearing heels,” he added. “I love being a man. I just love the complete contrast between masculinity and femininity. It makes people question things, just because he’s gay and wears nails doesn’t mean he doesn’t know how to use a chainsaw.” 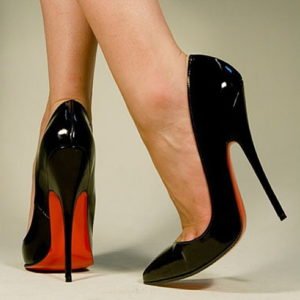 Ashley describes his look as “dapper feminine”. He also says that he likes that attention but he has also received abuse from people that are not so open minded about his decision to wear heels. He has explained that he does want to be a woman and he quite enjoys being a man.

“My mother taught me to be resilient, and I have a thick skin. You have to take the good with the bad; you do get people who look at you with disgust but mostly its curiosity.” Ashley says that there are a lot of people that smile at his heels, especially young girls. Some would even stop him to take a picture with them.