The story of a hippo finding love on twitter has been trending news this week. This all started when a hippo from the San Antonio Zoo named Timothy “tweeted” another hippo named Fiona. In the tweet, Timothy seemingly asks out Fiona for a date. The tweet has gone viral and has been shared by several people on social media. It also started an online courtship between the two hippopotamuses. 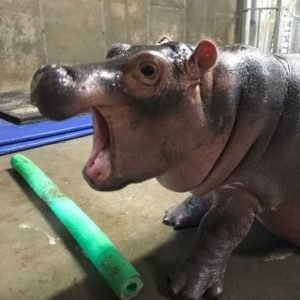 “Dear Fiona. My name is Timothy,” started the tweet, “I have seen you on the internet at the @CincinnatiZoo & you are the most beautiful hippo I have ever seen! Perhaps we can meet someday and be boyfriend and girlfriend? I am single and available. Sincerely, Timothy.” The tweet was posted using the San Antonio Zoo’s official twitter account.

Since then several people have shared the tweet and the retweets that Fiona (via the twitter account of the Cincinnati Zoo) has sent to Timothy. There are a lot of people that think the online relationship of the two hippos is cute and heartwarming, while there are some that have questioned it because it will be a long distance relationship. Such issues was discussed when Fiona replied to Timothy’s viral tweet. 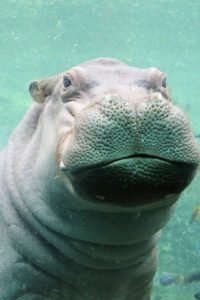 “Fiona thinks you’re cute too, but it’s what’s on the inside that counts! Your DNA will decide if you’re the one for our little diva. Any potential mate would have to be ok w/ taking a back seat. Are you ok w/paparazzi? Most importantly, are you willing to relocate to Cincinnati?”