Fathers would do anything to make their children’s dream come true. This is especially true with fathers and their young daughters. A father in Nevada did something amazing when he recreated a memorable moment from Disney Land Park for his 7-year old daughter. What is even more amazing is that he was able to recreate it inside his daughter’s very own bedroom. 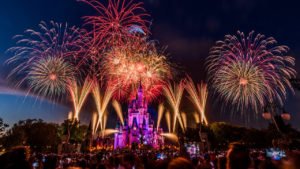 Lyle Coram always knew that his daughter Shelby loved the time they spent at theme parks. But he also knew that Shelby’s favorite part has always been at the end of the day when the park fires off amazing fireworks. She specifically loved the fireworks display that she was able to witness at Disney Land Park. She loved it so much that Coram wanted to recreate it for her. 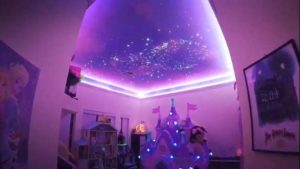 “She was really surprised. She just laid on the floor on watched them all day,” Coram said.