An English man named Jay Wilde spent his life on a cattle ranch on a 172-acre farm in Derby, England. The 60-year old Wilde inherited the family business as well as the land a few years back. But as a vegetarian, he found out that he could not raise these animals and then lead them to slaughter. So he decided to convert his farm from a cattle ranch to a vegan farm. 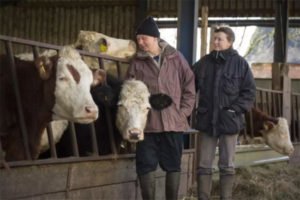 “We did our best to look after them, but you knew you were going to betray them,” said Wilde, “You really couldn’t look them in the eye. People choose to fool themselves by saying, ‘they’re only animals, they don’t know what’s happening.’ But I’m sure they do.” 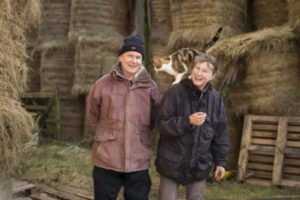 So Jay and his wife Katja sent most of the 70 cattle living on their farm to an animal sanctuary. The couple kept a dozen of their favorite cows so they could roam around the farm as pets. The cows now live with the Wilde’s with their eleven cats and two dogs. Wilde also plans to transform the estate into a vegetable farm that will include a restaurant and a cooking school. The Wildes know that it is a risk, but they also launched a crowd funding page to help raise funds for the conversion.

The Wildes have also received several letters from people who are applauding and admiring their decision to give the cows away and go vegan. Some of the letters have come as far away as Canada. Wilde says that sometimes he misses the cows, but he has no regrets in giving them away.