A man that drifted on the Atlantic Ocean for a whopping 16 days says he survived by eating cookies and a bag of chips. Samuel Moss Jr. was going to sail from the Bahamas (the island to Bimini to be exact) to Nassau last week on his new 21-foor angler. But the boat quickly ran out of fuel as he tried to sail through some rough weather. 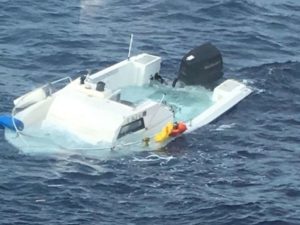 The 23-year old had to drift alone until he was spotted by another boat taking on water around 10 miles off the coast of West Palm Beach, Florida. In total, Moss was adrift in the ocean for 16 straight days. His only source of food was a bag of Doritos and a few cookies he brought along with his for the trip. He also had a bottle of water, but he ran out of water on his 12th day, when a 40-foot wave hit his boat and wiped out his remaining supplies. 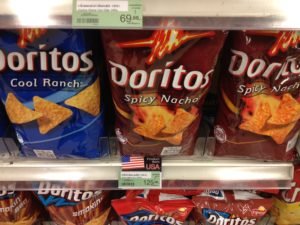 “He was found in completely the opposite direction from where he was going,” said Chris Lloyd, operations manager at the Bahamas Air Sea Rescue Association. Moss was able to use his canvas as a makeshift sail and used his anchor to steer. Dr. Kevin Buford of the St Mary’s Medical Center in West Palm Beach said that Moss’ electrolytes were dangerously low when he was rescued by the US Coast Guard. This is also the second time that Moss has been rescued from sea. In February of last year, he was stranded for three days in the waters of Grand Bahamas before he was rescued by the Royal Bahamas Defense Force.