Man With Red Sauce on His Face Arrested for Stealing Meatballs

Sometimes, the crime is not worth it if you won’t make an effort to get away. In Pennsylvania, a man was arrested because he had red sauce in his face. He was arrested because a neighbor had reported earlier that a pot of meatballs had been stolen. While it is not necessarily a guilty admission, the police placed two and two together with the meatballs and the red sauce. 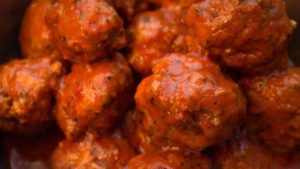 A man by the name of G.R. Potter was arrested earlier this week on burglary, trespassing and theft. He allegedly stole a pot of the meatballs from his neighbor’s home, according to the state police. A homeowner told the authorities that he returned home around 2:30 pm to find a man with red sauce on his face and clothes standing outside his house. When the owner walked into his garage, he realized that his pot of meatballs was missing. While there wasn’t any evidence of the suspect, there were already some theories on who took the Italian dish. 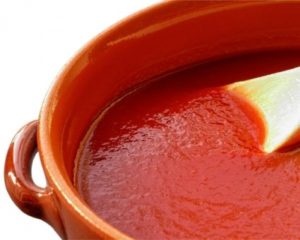 That’s when the police were called. When they arrived they found an empty pot in the street. A short time after the investigation, Potter was arrested in his home. It wasn’t clear what led the police to his residence, but the red sauce on his person and his proximity to the crime was a big factor. According to the authorities, Potter is being held at the Lucerne County Correctional Facility where he will stay until his sentencing. He faces a bail of $25,000.