Man Proposed to Minnie Mouse in front of Mickey

Earlier this week, a twitter user posted a funny video of her friend meeting a mascot of Minnie Mouse during a visit to Disney World in Orlando, Florida. It was a typical meet-and-greet until her friend suddenly got down on one knee and proposed to Minnie Mouse. It would have been a hilarious moment, but it quickly got awkward when people realized that he had proposed to Minnie in front of Mickey Mouse. 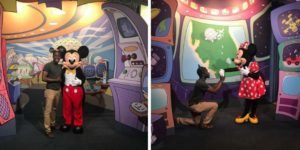 Twitter user Nai Sandoval posted the video of her 21-year old friend Johnny Jean and his shocking proposal to the long-time girlfriend of Mickey Mouse. The video has since gone viral with thousands of likes and shares. At the moment, the video tweet has more than 179,000 likes along with some hilarious comments and responses. Jean said he posed for photos with the mascots of Mickey and Goofy first, but when it was Minnie’s turn, he wanted to do something different and dramatic. Jean said he never expected his joke would get such a reaction. 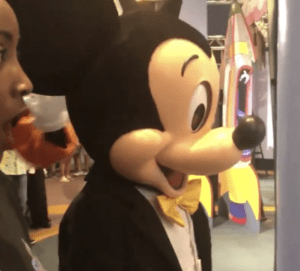 “When I saw Mickey come over, I was super shocked, but it made it so much funnier,” he said. “And my friend Anna’s reaction standing next to him definitely put the cherry on top of the whole debacle.”Â  It was actually Jean’s first time to visit the park, and he hopes that his first trip didn’t brand him in the magical kingdom as some sort of home wrecker.

“I’m just hoping I didn’t do any real damage to their relationship!” Jean joked.