Getting a table at a popular restaurant can be hard when you don’t have a reservation. It seems that the only people that can get away with it are celebrities and politicians. That’s exactly what twitter user @Ihab8knicks’ father thought when he tried to get into a restaurant that was full for a dinner last week. Instead of looking for another place, this man pretended to be the Prime Minister of Morocco to get a seat. 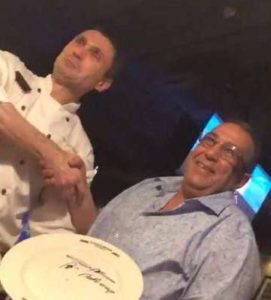 When this man was out with his family and he was denied because the place was full, he decided to use his resemblance to the Prime Minister of Morocco Saadeddine Othmani to get a table. Not only did it work, but they got a table right away and even got some extra service. Â The chef even went out of the kitchen to take a picture with the “Prime Minister”.

“My dad wanted to make a reservation at a restaurant and they told him that they were completely booked, minutes later he called back claiming to be the prime minister of Morocco….. we got the best table in the place and the chef answered him to sign a plate and take a pic with him.” 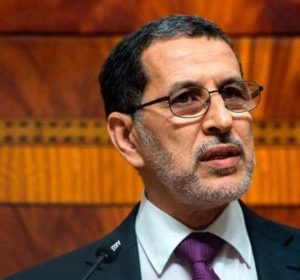 The post has since gone viral, with several people sharing the hilarious story of some harmless identity theft. Others have been marveling at how people could mistake the father as the Prime Minister when they actually look nothing alike. Hopefully, the restaurant never finds out and no one will be the wiser on what happened that night.