In Indonesia, a man who owed his ex-wife a large alimony payment decided to pay her in the next coutt date. He was able to paid her in full with over $10,000 in due payments, but he the entire amount was in coins. Dwi Susilarto’s lawyer arrived on court with sacks and sacks worth of coins equivalent to 152 million rupiah ($10,500). The money was all in small change. His lawyer said that the total amount weighed in at 890 kilograms or 1,960 pounds. 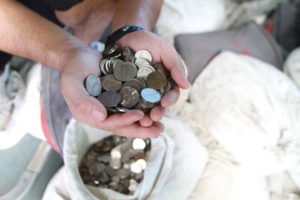 According to the lawyer, Susilarto’s low public service salary forced him to reach out to friends after the court ordered him to pay back around nine years worth of unpaid alimony. A fight nearly broke out when the lawyer refused to count the money transported in by wheelbarrow pushed by a couple of friends of Susilarto. The lawyer, who goes by the name Sutarto, said that his client wasn’t trying to insult his ex-wife Hermi Setyowati. 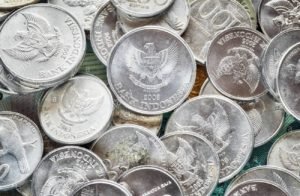 “I was honestly surprised too at the payment, but my client said the money was donated by friends and family who gave most of it to him in coins,” said the lawyer, “There was no intention to insult anyone — that’s all he has.” Setyowati, did not believe her ex-husband’s excuse but was nonetheless forced to accept the coins as payment. The court eventually ordered its staff to count the money, and it was later determined that the coins did amount to the alimony payment that was owed.

“This is insulting — it’s like calling me poor,” said Setyowati.