In Michigan, a man is offering his own version of the ridesharing service Uber. He is using his horse and buggy to pick up customers and give them a ride to their destination of choice. Timothy Hochstedler began his own “Amish Uber” after seeing the success of the popular ride sharing app. Hochstedler offers just $5 a ride and offers them to locals in Colon, Michigan, as well as to the visitors of the village. 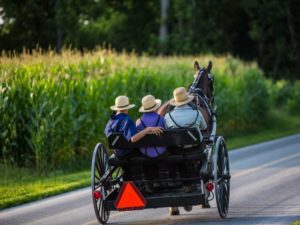 32-year old Hochstedler is not affiliated with the Uber, but he said he liked the name so much and he wanted people to know immediately what services he had offered. Unlike the popular app, customers have to flag down Hochstedler to get a ride. This is because Hochstedler does not have a cell phone to get notifications for pick-ups and rides.

“Uber is a cool thing, every single year something new comes in and Uber is hot right now, so we have the Amish Uber. We can deliver people to their front doorsteps,” said Hochstedler. He said that the Amish Uber also gives visitors a chance to get to know the locals and see the beauty of his local community. 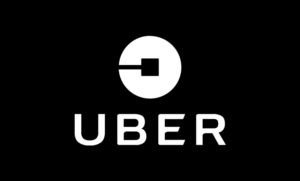 “Most of them aren’t from Colon,” said Hochstedler when asked about his customers, “but the Colon people have given me a few options like: Would you give me a ride to Curly’s? Would you go to my house? and, Yeah I’d do that.” Another advantage of the Amish Uber is that customers can actually pet and get to know their “ride”: Hochstedler’s horse.

“He loves people,” Hochstedler said of his horse. “He’s a Morgan. A Morgan is a people’s horse. They love giving you a kiss or whatever.”