In Bridgeport, Connecticut, a man named Aaron Tucker is being praised for his actions in aiding a driver that was involved in a car crash. Aaron had been on his way to a job interview and had ridden the bus to get there, when he witnessed the car accident. He then jumped off the bus to help out, and completely missed out on the job interview. For Tucker, missing the job interview was a crushing blow, since he was just a week out of getting out of prison. Getting a job was almost impossible, and finding openings that even accepted him for job interviews was very important. 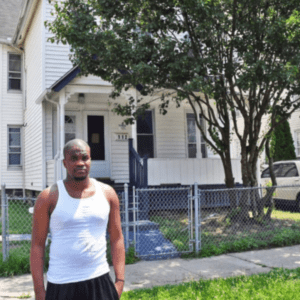 The 32-year old woke up early and wore his dress shirt on his way to meet the manager at the nearby fast food restaurant. On the bus, he witnessed a car hit a tree and flip over. Tucker asked if they were going to help and the driver said that he had to stick to his route, so if he was going to help, he would be left behind. Tucker didn’t hesitate and left the bus towards the car. Tucker knelt down and saw that the driver was bleeding and in a bad condition. He then helped him get his seat belt unbuckled and dragged the man away from the car, which had started to catch on fire. By that time other people came over to help. 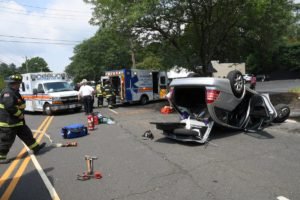 Tucker stayed with the man until the ambulance arrived. News of Tucker’s selfless act spread through social media, and members of the community decided to help him turn his life around. They setup a GoFundMe page, and raised over $16,000 in just a day. Tucker was also offered a tailored suit to wear on his future job interviews. The new suit will be helpful because job offers have reportedly been pouring in since news of his heroic act.