The Settle family in South Carolina is known for many things. But the most notable thing about this family is that they only produce sons. The last time that the Settles had a daughter born into the family was in 1880, a whopping 137 years ago. But that all changed earlier this week, when Kelen and Will Settle welcomed their daughter, Carter Louise Settle,Â into the world. 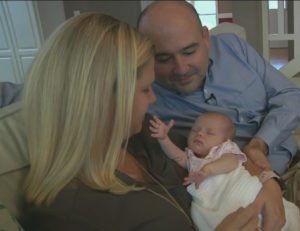 Carter Louise was born on June 25m at 7:61 pm. She weighed 6 pounds and 12 ounces. She also has the distinction of being the first female Settle in almost one and a half centuries. It was such big news, that the friends of Will Settle even put up billboards around the town that welcomed the female Settle into the world. Carter Louise is the first child of Will and Kelen. the name Carter was picked because it was a strong name, and Louise was taken from a woman of the same name that used to take care of Kelen. 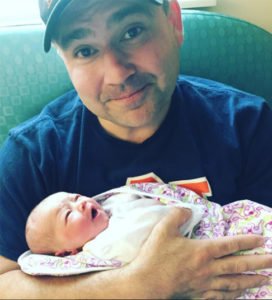 “My father actually did some homework when we found out it was a girl,” said Will Settle, “He started to think back, ‘You know my father didn’t have any sisters, my grandfather may of had some sisters…’ and started to kind of move further back and found out there hasn’t been one in that long.” And when Will’s father was done doing his research, he realized that the Settle family hadn’t welcomed a female member since the late 1800’s. That made little Carter even more special for the entire clan.