Officers Help Deliver Baby on Side of the Road

In Kalamazoo, Public Safety Officers responded to an emergency call just a little after midnight. When they got to the scene, they saw that a woman was about to give birth at the side of the road. When the officers had arrived on the scene, the baby’s head was already starting to come out of the mother’s womb. They had no choice but to help the mother in labor to bring her child into the world. 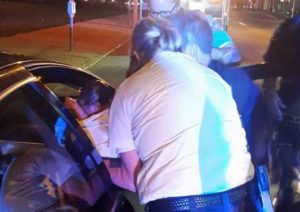 According to police reports, the woman was on her way to the nearby Bronson hospital when her water unexpectedly broke and she started on her contractions. This meant that she was close to giving birth to her child. She was in the car when the driver pulled over, knowing full well that they were not going to make it to the hospital on time. The driver then called for help on the emergency hotline. 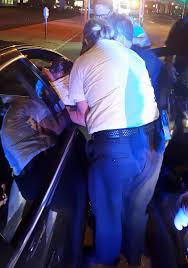 One of the public safety officers, Sgt Kristie Hofer, arrived on the scene and noticed that the baby’s head was already “crowning” or leaving the womb of the mother. Hofer and her fellow officer then helped to deliver the baby, just as the paramedics started to arrive. The baby boy was born in perfect health, but the family was transported to the nearby hospital to be checked.

“We extend our best wishes to the family on the birth of a healthy boy.” said the public safety department in a press release. The names of the child and the mother were not released.