Tony Stark, most popularly known as the armored hero Iron Man, is one of the most popular heroes of the Marvel Universe. He is known for his suits that enable him to fly and shoot energy beams from his hands. But this armored suit flight might not just be for the comic books or the movies anymore. You can actually buy your own flight suit for a cost of just under half a million dollars. 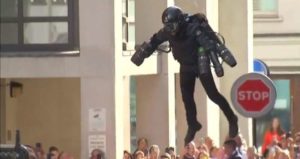 The new “Iron Man” jet flight suit is made from jet engines that are mounted on a pilot’s arms and back. There are also electronics and 3-D printed parts that were inspired by the fictional character Iron Man played by Robert Downey Jr. The suit has a limit of 32 miles per hour and an altitude limit of 12,000 feet. It was recently taken for a spin in London where it could be seen hovering a few feet above ground for a few minutes. The suit has just been put up for sale in London department store Selfridges for the price of $443,428. 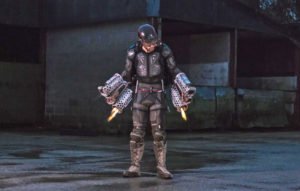 “This consumes about four liters a minute in the hover (position) so you can fly for three or four minutes quite easily and we have got another version â€” certainly on a cold day when you get more thrust, it’ll fly for about nine minutes.” said inventor Richard Browning said, “That’s something we’re looking to improve but it’s the inevitable consequence of flying without wings.”

Interested parties can view the suit and test it out in virtual reality. Buyers will also be given training on how to properly use the suit and how to fly it. Browning says that it is “actually surprisingly calm and not very violent. It’s very passive and gentle when you’re flying it.”