Last week, a man in Marshfield, Wisconsin accidentally got trapped inside a beer cooler. He was stuck in the cooler for the entire night, but he had his own way of dealing with the situation. He decided to make the most of the experience by keeping warm and drinking a few of the beers inside. According to the police, a 38-year old man was in a Kwik Trip convenient store to purchase some beer, but got trapped inside the walk in cooler when it was closed for the night at around 11:50 pm. 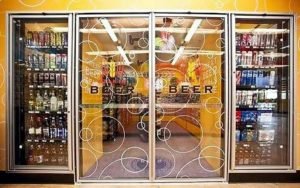 The man was unaware that the store was closing, and the employees were also unaware that he was still inside the cooler. Instead of banging the glass door and screaming for help (no one would be able to hear him anyway), the man decided to sample the merchandise. Although it might sound foolish, this could have actually saved his life. The cooler had temperatures at around 32 degrees, and the only option he had of keeping warm was to drink alcoholic beverages. 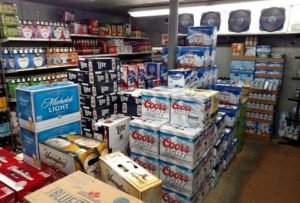 The next morning, at around 5:50 am, a customer told employees of the store that there was a man inside the cooler. When they opened the door, he left the store without paying for the drinks he consumed. According to the employees, he had consumed an 18-ounce bottle of beer, three cans of malt liquor, and he fell over a stack of 30-can beer packs, breaking three cases open. For his actions, he was issued a misdemeanor citation for retail theft.