Man Finds an Extraordinary Chest in His Grandfather’s Attic

In January 2015, a Reddit user by the name of ASW discovered a very old and unusual chest in his grandfatherâ€™s attic. It was wooden, bulky, and had leather straps and a lock.

ASW eventually decided to open it and share the extraordinary contents of his grandfatherâ€™s chest on the internet. It would provide a unique perspective of a time when medicine and warfare was very different from the way it is now.

The Chest in the Attic 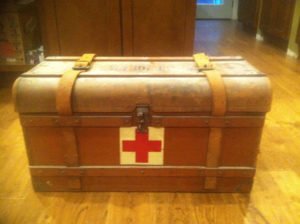 The chest was not only big and bulky, but it was also heavy. ASW had serious doubts about whether or not to open the chest. But curiosity got the better of him. He made a thread on reddit and asked users for help in identifying the contents of the chest. 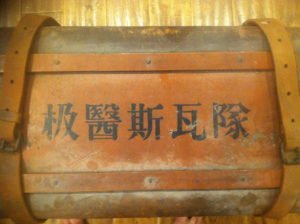 Aside from the Red Cross at the front of the chest there were also some strange markings. There were inscriptions on top of the chest in an Asian language. The script was Japanese and roughly translated it said “Damage Control Gas Aid Kit”.