Earlier this week, a driver was stopped by an officer from the Thames Valley Police Force in Milton Keynes. When the driver was asked for his license, he gave one that had the picture and details of Homer J. Simpson, the titular character from the cartoon series, The Simpsons. The officer took a picture of the license and posted it on social media. 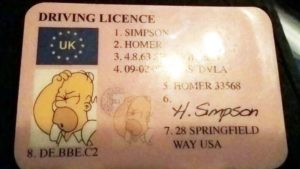 The Thames Valley Police posted in a tweet on their official twitter account that said: “Earlier this week, PC Phillips stopped a car in Milton Keynes. When she tried to identify the driver’s ID, she found this [picture].” Not only did it have a picture of Homer, it also had his details. The license was for a H. Simpson and the address was 28, Springfield Way, USA.

The car of the driver was seized and he was reported for driving without any insurance, and obviously, for driving without a proper license. The tweet has since gone viral with several people sharing and reposting the funny police report. Despite what the license said, it was in fact a real man and not Homer Simpson that was driving the car, to the disappointment of many people on twitter. 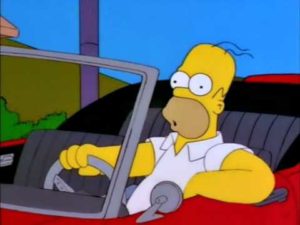 The Simpsons is a popular animated show created by Matt Groening. It is one of the longest running animated shows in North America with 29 seasons and more than 600 episodes. The show circles around Homer Simpson, his family and friends, and their lives in a small town called Springfield. It is widely considered as one of the best cartoon series of the 20th century.