It is Illegal to Die in This Norwegian Town

The city of Longyearbyen in Norway has made it officially illegal for its residents to die within city limits. But that does not mean that the people that live here are immortal. The city is located on the Norwegian archipelago of Svalbard. It is found halfway between the mainland of Norway and the North Pole. The city is thought to be one of the most remote settlements in the northern hemisphere. The city also sees no sunlight for months in each year. 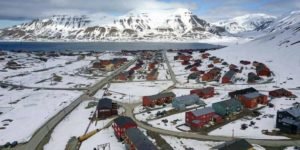 The city experiences some extremely cold weather, and that’s how the law came about. When locals discovered that the people that were buried in the city weren’t decomposing in the cemetery, a law was introduced in 1950 that made it illegal to die in the city. Specifically, they made it illegal for corpses to be buried in the local graveyard. They were afraid that the bodies would not decompose properly and infect the living. 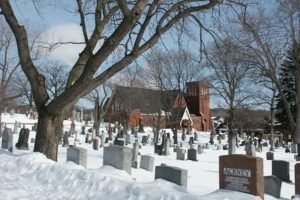 When a person dies within the town, they are flown off the island to the Norweigian mainland, where they can be buried. Even those close to death are flown out so they can spend the remainder of their days outside of the city. For those that want to rest in peace in the city, there is the option of cremation.

Although it seems like an exaggeration, recent studies have shown the wisdom in the 60-year old law. When scientists exhumed the bodies of those that died in the 1918 flu pandemic, they were able to find live samples of the virus.