It can be pretty dangerous to be caught out in the heat this summer. Not only can it be very uncomfortable, but it can be hazardous to your health. There is a risk of heat stroke or worse, especially for pets, young children, and the elderly. So this summer, a Good Samaritan decided to get air-conditioning units to those that could not afford climate control. He will be donating the units to those that need it the most. 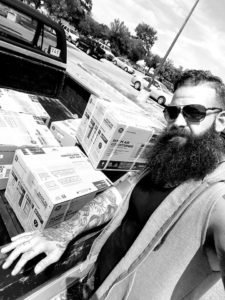 The generous benefactor was an owner of a tattoo shop in Schenectady, New York, named Chad Foster. He heard the news of the heat wave hitting New York and decided that he needed to do something to those in need. Foster said that he was enjoying the cold air provided by the air-conditioning unit at his place of work when he thought of the families and children that didn’t have that convenience.

“So I just left Home depot with as many air conditioners as I could afford,” Chad Foster wrote on Facebook. “If you know of a family with kids that can’t afford one, let me know!!!! (If they drive an Escalade and don’t work, don’t contact me). And don’t tag them just message me. #givingback” 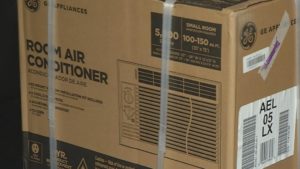 “I really don’t know. It just kind of popped in my head,” Foster told the news later on, “I didn’t expect it to take off like it did. I was just trying to help some local people out.” His social media post has gone viral and his generosity and actions to help other people has been shared several times on social media.