A major airline had to send one of their airplanes “back to the shop” after spelling its own name wrong. The plane was supposed to have “Cathay Pacific” on its side, but instead the plane had the words “Cathay Paciic” marked on, with the letter F missing from the name. The error was confessed by the airline itself, when it posted pictures of the wrongly spelled name on their official twitter account. 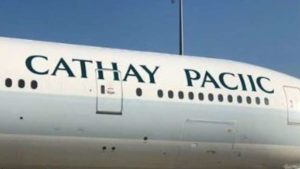 The Hong Kong based airline carrier posted the mistake on Twitter, where the story quickly went viral. The airline obviously got ridiculed and mocked by several users on social medial. Some mocked how they could be so silly and stupid to make such a simple mistake. Others have praised the airline for having a sense of humor about the entire thing. The airline was founded in 1946 and travels to 53 destinations in the Asia-Pacific region, including 23 destinations in mainland China. 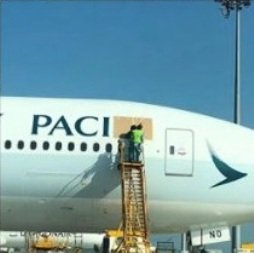 “If they can get this wrong, obviously it makes you wonder about the important engineering on the plane!” said a user named HK Phil.

“It’s great that you can have a laugh about this in public. Air travel needs to lighten up. Kudos.” said user Vimal Rai.

An engineer for Haeco, a sister company of Cathay Pacific, found the error to be suspicious. He said “The spacing is too on-point for a mishap. There should be a blank gap in between letters if it was a real mistake I think.”