Kids Surprise their Father with Mustang He Sold 12 Years Ago

Wesley Ryan loved his car so much that he even gave it a name. Ryan christened his 1993 Ford Mustang “Christine”after the 1983 movie based on the novel by Stephen King. The book was about how a man had fallen in love with a car that came to life. But even with this kind of affection for his automobile, Ryan had to give it up for his wife. 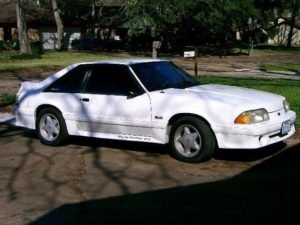 It was over a dozen years ago when Ryan sold his Mustang to help pay for his wife’s cancer treatment. According to Ryan’s daughter Jeni, the medical bills were piling up and Ryan did not hesitate to post the car up for sale. In just two days someone called and purchased the car, and it broke his heart just a little bit. Jeni, and her brother Jake, realized just how much the car meant to their father, so they took it upon themselves to track down the original Christine so they could buy it back for their father. 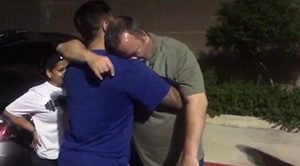 “So my brother calls me, tells me, ‘Hey, I found Christine online’,” Jeni said. “That same day we drove up to Kyle, Texas, to go pick her up.” So Jeni, Jake, and their mother (who is now cancer-free) coordinated a surprise party for Wesley and present him with his long lost love, Christine. Jeni says she still gets emotional when she watches the video of the surprise.

“He never expected anything back from us. All my dad wanted us to be is successful, and that’s all he ever asked from us. He never asked for his vehicle back,” she said. “Literally, words cannot explain that video because that video explains absolutely everything.”