In Atlanta, a woman in a whole foods store received an act of kindness from a celebrity that she didn’t recognize. Therra Jaramillo was checking out at the counter when some of her groceries ended up getting mixed with the man in front of her. She didn’t know it at the time, but it was rapper/actor Chris Bridges, more commonly known as Ludacris. Ludacris ended up buying what got mixed up for the woman, and he even purchased the rest of her groceries. Thessa shared the story on social media. 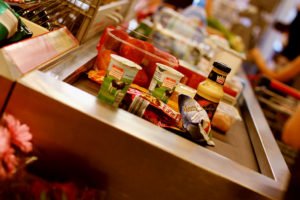 “The most amazing infused-of-joy thing just happened to me in an ATL Whole foods. Ludacris bought me groceries! He was ahead of me in line when the food for my four rescue dogs and two recue cats (and elderly blind chicken named Dixie Licklighter) ended up with his stuff.” Therra then tried to get the groceries out of his list but Ludacris said he might as well pay for it.

“I didn’t realize who he was, and as he waited patiently for the lovely cashier to total up my stuff (again, ALL of it) I wouldn’t have recognized him (even though I love me some “Rollout”), because I could barely see anything through my tears. I was in shock. The total ended up being $375.” 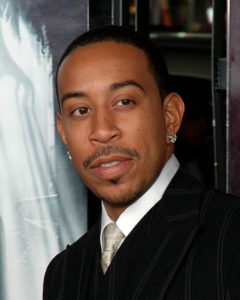 “He asked me about my rescued dogs. We small talked but I tripped over my words, all the while thinking, “I’m talking to an angel. Should I tell him? Should I tell him he’s an angel?”Â  I kept thanking him. After he paid my tab, he said ‘They’ll make sure you get all this out to your car, okay?’, ‘Who ARE you?’ I asked at one point, in true wonder. ‘Just a guy.’ he said. No. Not ‘just a guy.’ No.”