Little Girl Pens Hilarious Application To Google, Gets A Reply From CEO

While most seven year old girls would often brag about how they dream to become princesses, astronauts, models, actresses and so on when they grow up, this little girl had her sights set on his something big.

At just seven years old, this little girl already decided to work for one of the biggest tech companies in the world, and even went as far as to send them a job application! 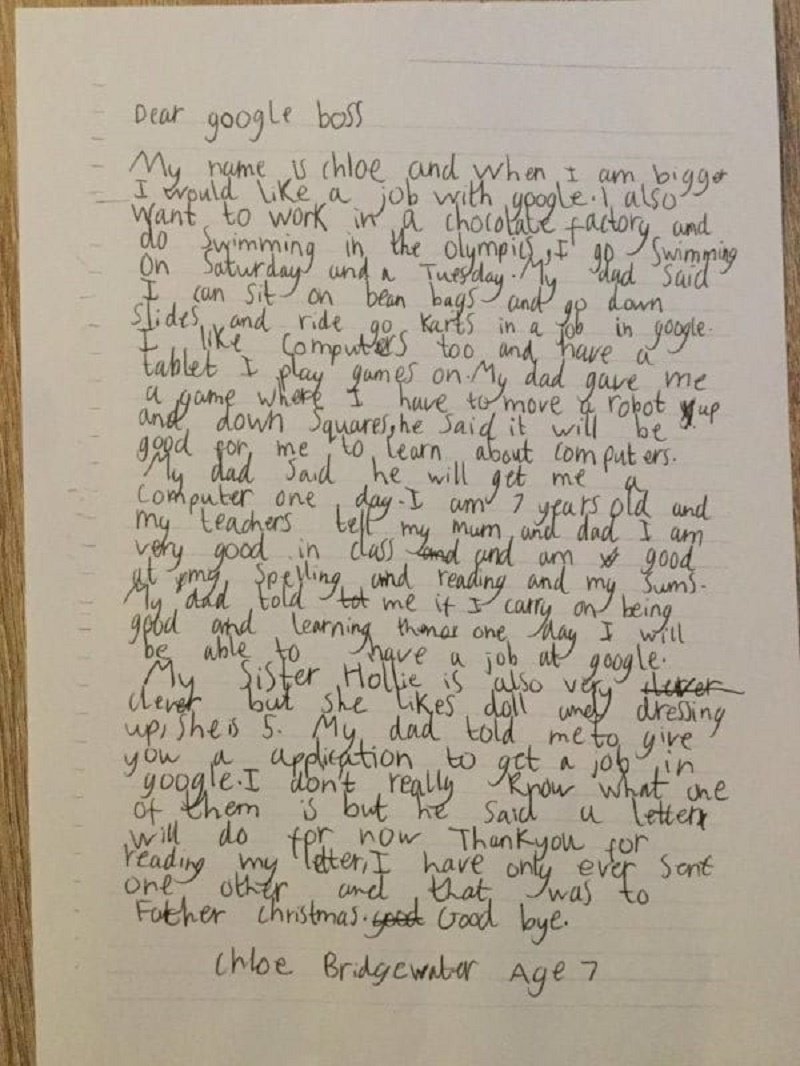 Chloe Bridgewater from Hereford, England, sent the handwritten letter to the tech giant, expressing her interest in working at a place that ‘provides bean-bag chairs’ and ‘go-karts’, among many other things.

Addressing the letter to the ‘Google boss’, she didn’t waste any time admitting that she knew nothing about job applications. She wrote, “I don’t really know what one of them is, but [dad] said a letter will do for now.”

The 7-year-old also noted her computer skills, and even offered up other possible career choices, such as working at a chocolate factory and swimming in the Olympics. Of course, as is with any CV, she boasted about how her teachers tell her mum and dad that she was ‘very good in class’ and how she was good at spelling, reading and her sums.

After writing the letter, her supportive father, Andy, sent it off, and unexpectedly, they got a reply. 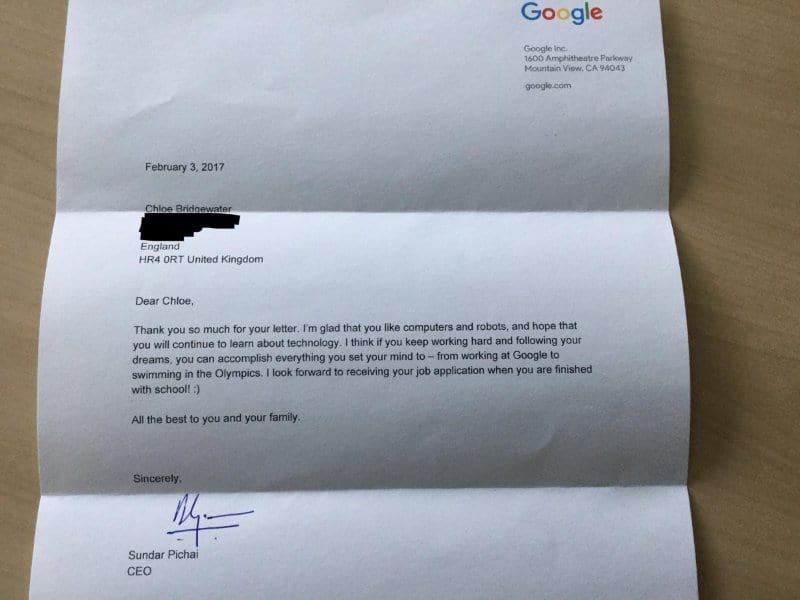 Andy said that the letter was huge for Chloe, especially after she was ‘knocked down’ by a car a couple years back.

Posting the letter on LinkenIn, Andy said that his daughter is now more eager than ever to do well in school and work for Google. 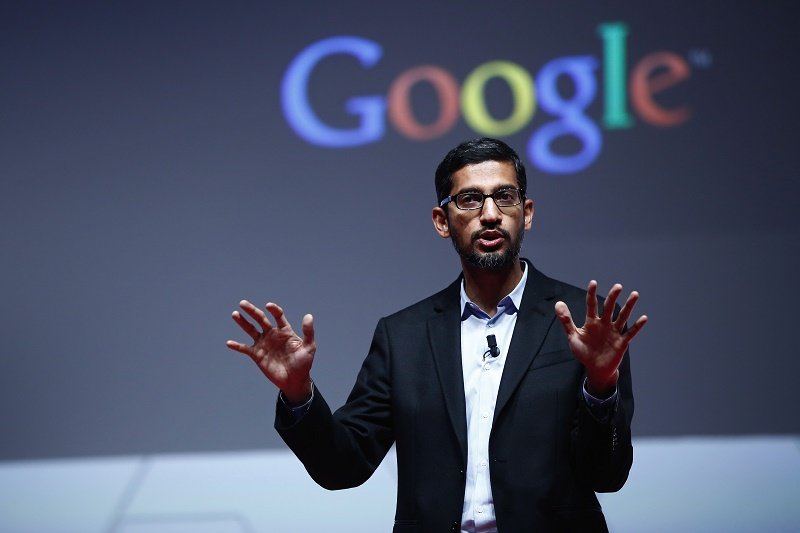 Andy also thanked the Google CEO for the letter, saying “Can’t thank such a busy person enough to take time out to make a little girl’s dream become one step closer.”

The letter, which has since been verified from Google as authentic, has since gone viral.