The Floyd Mayweather and Connor McGregor fight was one of the most watched fighting matches in recent years. At the event itself, you could see several celebrities and starts from other sports attending. Among them were former heavyweight title holder Mike Tyson, and NBA Superstar Lebron James. Although they did not actually watch it together, Tyson claims James had a unique impact on his viewing the match. Tyson said he could not watch most of the match with the tall James seated in front of him. 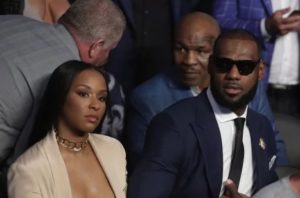 Tyson said that he watched most of the fight on a video board that was suspended above the ring because he could not see over the imposing frame of Lebron James. Tyson and James were just among the many A-list guests at the event in Las Vegas. In a recent radio show, Tyson complained about his view of the ring and how it was obstructed by the six-foot-nine-inch basketball star. 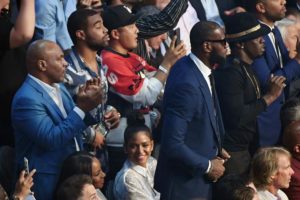 “LeBron is around 10 foot tall, so when he stood up, I looked up at the fight on the video board on the ceiling,” Tyson said. “They had the little tubes on the ceiling. I watched it on the ceiling. I was like, ‘God, this guy’s tall.’ ” According to Tyson, he had to repeatedly bob and weave behind James just to be able to see the fight at certain times. But other than that, Tyson said he enjoyed the fight and it was worth the price of admission. That’s saying something as most tickets to the event was priced at well over $100 dollars.