In the UK, a high powered lawyer have up his job, where he earned six figures a year, so that he could help teach students in his hometown. His job as a teacher was not only to teach them about academics, but also how to be successful in their lives. So far, almost all of his students were able to enter top colleges all over the country, and even in top schools across the pond.

Mouhssin Ismail left the global law firm Norton Rose Fulbright to teach the Newham Collegiate Sixth Form in East London. Because of his tutelage, 190 of the 200 students he taught were able to get into the top colleges in the UK. That means he made an impact on 95% of his students. Nine of these students have received offers from Oxford and Cambridge, and even an offer from MIT in the United States.

“I left a high paying job in the City because I wanted to make a difference to the people I knew and grew up with,” said Ismail. “Those (were students) who’s potential went unfulfilled because of where they grew up.” Ismail said he decided to leave the law firm when he was preparing a £50 million finance deal and felt the entire experience being unfulfilling and empty. 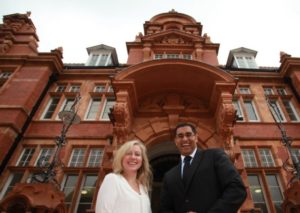 “I didn’t think, ‘that’s great, I have just done another £50 million deal,’ I thought, ‘am I making a contribution to society?’. When I speak to pupils at induction I tell them, one of you can be Prime Minster of this country one day. Most of them laugh, they think it is a joke. I’m not joking.” Now Ismail is more than just responsible for one class. He has been promoted to being the school principal. Ismail’s vision for the school is to make sure the students have skills and habits to become future leaders in whatever they decide to do in life.