Recently, the World Snail Racing Championships took place in the United Kingdom. The competition was held in Congham, where the fastest snails from all over the world gathered and tested their speed against each other. The winner of the race was underdog Larry the Snail. Larry beat out heavy competition, including rival and favorite Uslime Bolt. There are several snail races that take place all over the world, although the most coveted and prestigious competitions are in the UK. 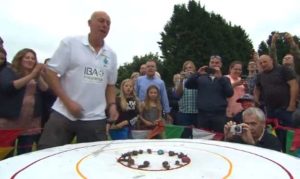 Uslime Bolt had the best name out of all the snails in the competition and he even had his very own custom enclosure. But in the end it was Larry who proved to be the speediest gastropod and he snagged the title. The competition was a simple race. All the racing snails were placed inside a 13-inch circle, and the fastest one to move out of the circle would win the race. Although it was a small circle, the fastest snail to cross the line took almost three minutes to win. 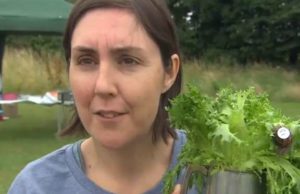 The winning snail, Larry, won with a time of 2:47, just barely crossing the line ahead odÂ favorite Uslime Bolt. The prize for the fastest snail in the world included a trophy that was full of lettuce, the food of choice for most snails. Larry the Snail will share his price with his owner and trainer, 41-year old Tara Beasley from Castle Acre. The World Snail Race in Congham has been going on since the 1960’s. Kids are encouraged to join the competition, where they are even given tips on how to train their snails by a certified racing snail trainer.