In Australia, scientists have uncovered several sets of fossilized footprints on Kangaroo Island. The island found just south of Adelaide, features a unique trail of footprints including those of Tasmanian devils, Tasmanian Tigers, and several extinct birds and giant beasts. The sites that has featuredÂ these prehistoric footprints were found on an isolated beach on the Dudley Peninsula. They prints were found when scientists were surveying the entire Australian coastline. 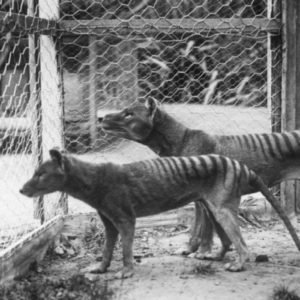 According to the scientists that were there to uncover the tracks, there were more than 300 trace fossils found on the island. The wildlife on Kangaroo island was so diverse that it extends as far back as 200,000 years ago, when the island had yet to separate from the mainland of Australia. Among the many creatures they were able to uncover included a Diprotodon, one of the largest marsupial herbivores ever discovered. Several other fossilized tracks and traces of various reptiles, birds, mammals, and invertebrates could be found on the island and the area around the coast. 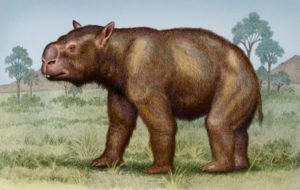 “We’ve found skeletal fossils â€” the bones of these extinct animals â€” over much of Australia, but the fossil footprints haven’t actually been looked at in much detail,” says Dr. Aaron Camens of Flinders University, “They can potentially be preserved, where the bones don’t preserve, so that adds extra information about the distribution of these animals.” Dr. Camens says that the discovery at Kangaroo Island could be just the tip of the iceberg and that there could be more to be found in the southern islands of Australia.