Since 1994, the Rocky Mountain Adventures rafting renting company in Fort Collins, Colorado, has been using homing pigeons for their business. The pigeons were used to help photographers get rolls of 35 mm film up the Cache la Poudre River during the tourists season. It was an ingenious way of getting the film back to home base before the tourists returned from their rafting adventure. By the time they were back, the pictures would be printed and displayed for sale. 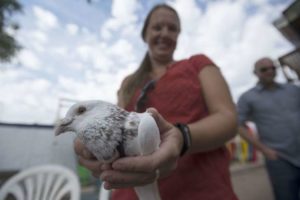 The rafting company’s own photographers would take pictures of the customers as they ride through the waters. Then they would slip the film into the pigeon’s custom packs and send them flying home. The birds would fly up the river bend and to their coops at the Rocky Mountain Adventures offices. The film would then be developed and displayed at the shop, for the customers to be view and purchase when they returned from their rides. 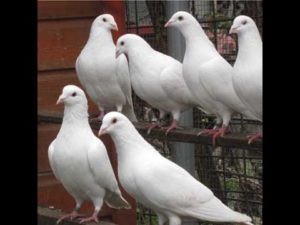 It has been more than 20 years since the innovation of the pigeons was needed. Now cameras are digital and they no longer need film. Cell service is better and there are slim and small SD cards used to store the images. But the Rocky Mountain Adventures Company still uses their pigeons. Despite the many advances in technology, they still cannot part with the birds and the tradition of carrying pictures up and down the river.

“You know, with technology these days, as advanced as it is, birds aren’t necessary,” says Ryan Barwick, the owner of Rocky Mountain Adventures, “But it’s a cool part of our history, and, you know, makes us unique a little bit.”