The story of two kids and their space-age project went viral earlier this week when they successfully launched their favorite toy astronaut into space. The toy was taken to a whopping height of 37,800 meters. To put things into perspective, the toy was launched to a height that is three times higher than most airplanes fly, and twice as high as most clouds would go. 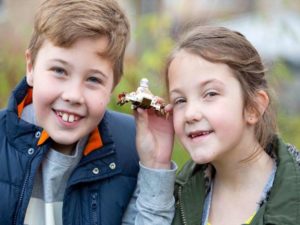 The two children were 9-year old Oscar Adams and his sister 7-year old Layla. The two siblings are from Sheffield, England. The pair sent their Blox Spaceman on a journey that took two and half hours to the edge of space and then back. The toy was attached to a payload on a near-space balloon. The two children worked closely with experts from the aeronautics company SentIntoSpace. They were able to calculate the hydrogen needed to fill the balloon to lift the toy over 37 kilometers into the sky. 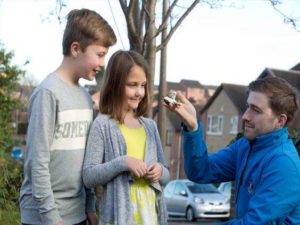 The balloon that they used reached the size of a double decker bus at its peak. When it reached a certain point in the atmosphere it burst and sent the toy back to earth. The balloon was outfitted with a camera that recorded the amazing journey. The two kids were given the gift of space flight by the local Wilko store after their mother Kara wrote the store to say how much they loved the Blox toys that they had purchased. She mentioned how their favorite one was the astronaut model.

“We love to make Christmas even more special for families up and down the country and wanted to go the extra mile for this space-loving family.” Said Karen Jefferys, a senior toy buyer at Wilko, “Arranging a space flight from a family home was no mean feat, but we managed to accomplish the mission with the help of Oscar and Layla.”