The upcoming Star Wars movie is one of the most anticipated movies of the year. People from all over the world have been waiting to see the movie. In fact, people from all over the galaxy are anxious about its release. This isn’t a marketing statement or an exaggeration, because even the astronauts on the International Space Station are waiting for the screening of the movie from their location in space. 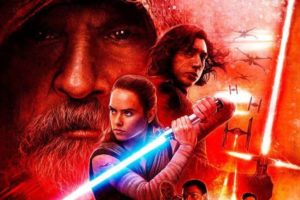 According to NASA, astronauts on the ISS will be able to watch the new Star Wars movie with the rest of the world from a hundred miles above the planet. They will be using a laptop and a projector onboard the space station. Watching movies on the space station is not unusual and astronauts usually carry a large stock of movies and shows, including 500 different titles. They are allowed to watch movies on their day off. 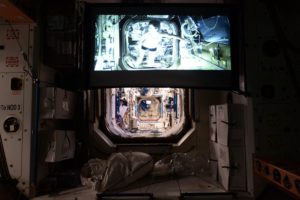 “I can confirm the crew will be able to watch it on orbit,” NASA Public Affairs Officer Dan Huot told Inverse. “Don’t have a definitive timeline yet. They typically get movies as digital files and can play them back on a laptop or a standard projector that is currently aboard.” While it wasn’t announced when the astronauts will actually be watching the movie, the presumption is that they will be able to get a copy of the flick when it premieres this week.

Star Wars is one of the most popular space operas and science fiction movies of all time, and it is no wonder that it is one of the favorite titles of these professionals who actually work in outer space. The upcoming movie is the second installment of the third trilogy in the series. The first and original trilogy was released in 1977, while the second trilogy was released in 1999.